A Merry Heart by Wanda Brunstetter

Proverbs 17:22
This was an enjoyable and easy read by Wanda.  It was book 1 of the Brides of Lancaster County series.  Little did I know that I had the combined 4 book set of this series when I picked this book up a week or two ago.  I will need to do a book inventory, I do believe!

In this book, Miriam Stoltzfus is a 26 year old teacher in an Amish school.  She had been hoping to marry William until he wrote her a letter telling her of his impending marriage and told her he was  thankful for their friendship.  To Miriam this was a shock to have been considered only a friend.  This caused her heart to be broken and for bitterness to set in.

Miriam's students even talk about her that she is mean and has a heart of stone.  When Amos Hilty, a widower with a young daughter who is a student of Miriam's wants to court her, she flatly refuses.  She is completely uninterested in beginning a relationship with him or anyone for that fact.  Another young Englisch man also shows an interest in Miriam which seems to flatter her and she finds him easy to confide in.  However, even though she finds herself slipping away from her Amish faith just a little, she feels that she can't leave her Amish community.

Aside from her broken heart, tragedies occur to add to her already sad heart.  Her faith and her convictions are put to the test.

She feels Amos Hilty is not the one for her because he wants a mother for his child and a house caretaker.  She has no idea of Amos' true feelings.  Amos finds the continued rejection from Miriam hard to handle and wonders if she would even be a good example for his daughter.

I liked this book very much.  I would recommend it for Amish readers.  So you don't make my same mistake, below the single and the 4 book set. 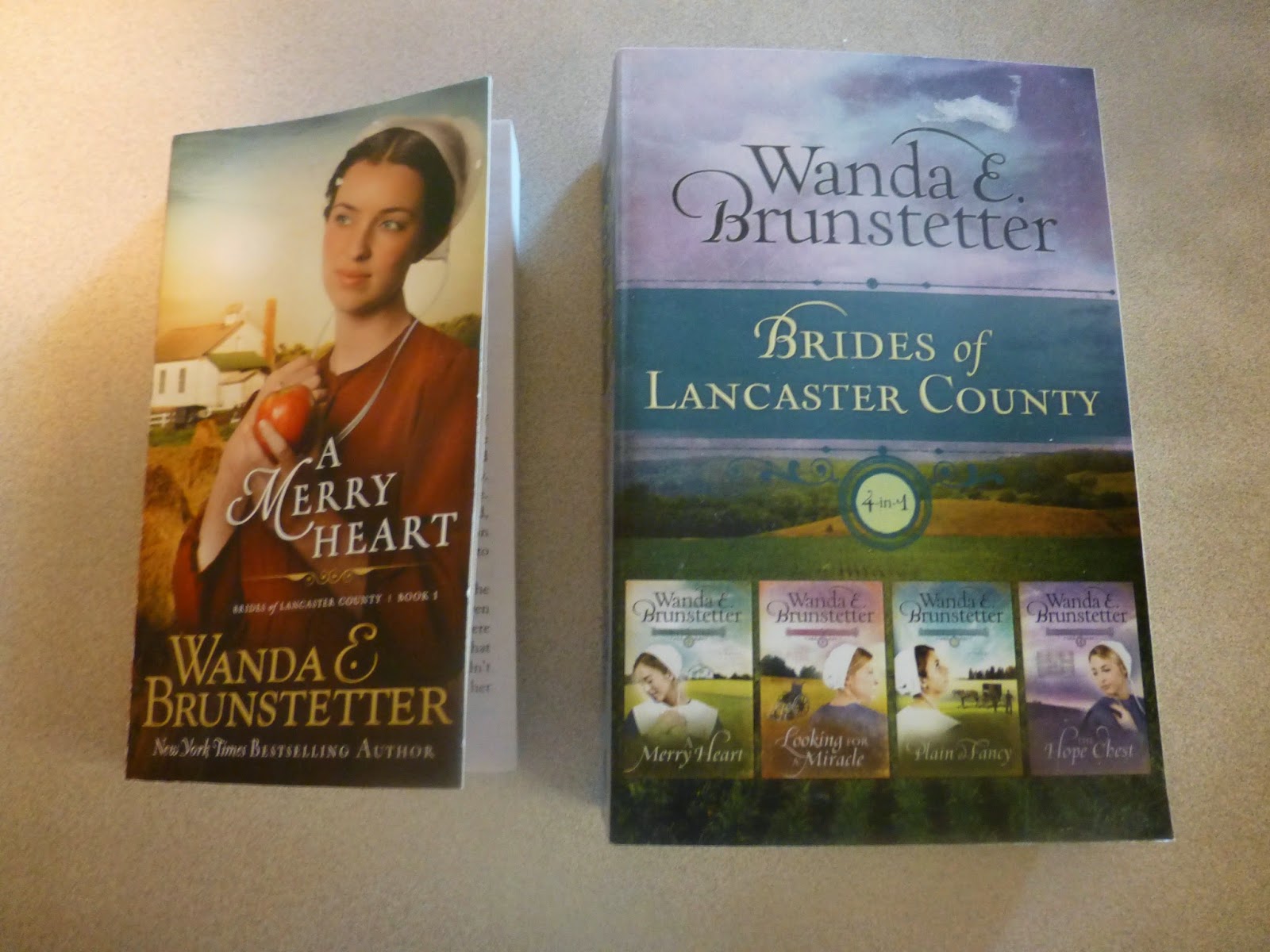