Well we're mid week now--half way through Science Geek Appreciation Week--and it's time to get up close and personal with the author of the Science Squad series, Kelly Oram.

If you missed any of the previous posts about The Avery Shaw Experiment or The Libby Garrett Intervention, be sure to stop by the Facebook event. Along with the posts, there's all kinds of extra bonus material, games and giveaways going on. Lots of chances to win signed books and swag, talk to the author and just have fun with other science geek loving friends. There's a new giveaway every day. CLICK HERE TO JOIN THE PARTY!

So, what should you know about Kelly Oram? 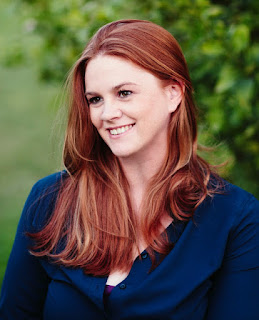 The Basics:
I wrote my first novel at age fifteen--a fan fiction about my favorite music group, The Backstreet Boys, for which my family and friends still tease me. I'm obsessed with reading, talk way too much, and like to eat frosting by the spoonful. I live outside of Phoenix, Arizona with my husband, four children, and my cat, Mr. Darcy. And we named his litter box Pemberly because it's where he makes ten thousand (poops) a year! Connect with Kelly:

The Fun Stuff:
1. I love to sing and went to college as a voice performance major.
2. I once competed in the Miss Michigan Teen USA pageant. (I did not win LOL.)
3. I’m a baseball fanatic. (Go D-backs!)
4. I broke my head as a kid and had to wear a hockey helmet to school as my cast.
5. I own my own 10-sided dice for role-playing that no one but me is allowed to role.
6. I’m left handed.
7. I am credited as associate producer for the independent film Amber Alert.
8. I live for road trips. Best vacation I ever took was a three-week coast-to-coast-and-back drive with my father.
9. The Backstreet Boys were my 1D in high school, and I was a total fangirl. I still have a whole collection of fan paraphernalia.
10. I took both golf and bowling classes in college to fulfill my PE credits. (I still suck at both.)

How did you come up with the idea for The Avery Shaw Experiment?
I remember the day I came up with the idea, but not exactly how the concept popped into my head. I went for a run. (Okay, it was more of a walk-run during one of my on-again times where I was dedicated to working out. The off-again times are way more frequent.)

Anyway, I'd ton for a run and it was one of those precious moments where I was by myself, no distractions, no kids--just me and my thoughts. The concept for a girl getting over a broken heart using the seven stages of grief popped into my head, and before that half an hour (yes, that's all I can run before I want to die) was over, I had most of the book plotted.

I was in the middle of another manuscript at the time, but I went home and wrote Avery's prologue right away. Five weeks later I had a finished book. The Avery Shaw Experiment had been my easiest book to write so far. It just flowed so naturally, and honestly, I blame that on Avery and Grayson's natural chemistry. (Hehe science pun totally intended!)

Are you a science geek yourself?
I am a geek of many colors. Music, fantasy, sic-fi, choir, books... But no, I was never a science geek. I was actually a very mediocre-to-horrible student. I never liked the academic stuff, and I struggled with a lot of it. (I spent too much time in my own imagination!) But, that said, I can see the fun in doing science experiments, and I find the occasional documentary about science stuff interesting. Most of my science geek inspiration was drawn from my mother. (She is a HUGE science nerd!) The woman love bugs and dissection and all things dealing with the human body. She worked in a chemistry lab when I was younger and now works with a team of rocket scientists putting rockets in space and sending supplies to the space stations and things like that. It's a dream come true for her every time she travels to Virginia to launch one of her rockets. She's a hard-core nerd and I love her dearly for it, which is way I had to dedicate The Avery Shaw Experiment to her. (Love you Mom!)

How did you come up with the idea for The Libby Garrett Intervention?
Libby was a little different. The idea didn't come as easy. It took a lot more planning. I loved Libby's character and really wanted to write her a story, but it took me a long time to commit to it. As much as everyone asked for a Libby and Owen story, I really felt like Owen wasn't the right one for her. The idea for the Libby Garrett Intervention sparked from me imagining what a relationship between Owen and Libby would be like based on there characters from The Avery Shaw Experiment. I just couldn't imagine Owen ever being a Grayson, and falling for Libby the way she deserved. That's where the idea of Libby's "addiction" to Owen came in and it was a short leap from there to the Twelve Step program. I loved the idea of the steps because it fit perfectly with the stages of grief I used in the first book. It was the perfect companion story. And suddenly, volia! I had the next book.

Will there be more Science Squad books in the future?
There will be at least one more. I have a story already plotted out for one of the other science squad geeks, though my writing schedule is so packed that it will probably take me a couple years to get to it. After that, I don't know. I'd love to end the series with Aiden's story, but I'd have to actually come up with a story for him first. I've pit the idea in my head though, and am letting it simmer, so we'll see what happens.

What's your favorite part of the story, and your favorite quote from The Avery Shaw Experiment? Oh, goodness, that's award one. I know most people probably love the shower scene (it's not what you think!) in the beginning, or the dancing scene, or basically all the more romantic scenes between Avery and Grayson, but my favorite scenes are actually the science/school. stuff. (Maybe I'm a bit of a science geek after all. My mother would be proud!) I love the scene where the science squad takes Grayson to the bowling alley for a lesson in applied physics and explain Newton's laws. Like I said, I struggled a lot in high school, because, like Grayson, I have a different style of learning than most people. I need things to be interactive and fun, and I need things explained to me in ways that are applicable to my daily life. I had a lot of fun finding a way to make science fun and creative.

My other favorite scene is between Grayson and Mr. Walden at the end. As much as I loved Grayson and Avery, I had a special place in my heart for the relationship between Grayson and his Physics teacher. I've been where Grayson was, and I had a couple of cool teachers that, despite my grades and struggles, really understood me. Those were the teachers that made a difference in my education, and I really wish there were more great teachers out there. So, yeah, developing the relationship between those two was a lot of fun for me, and in the end when they've completed character arc, it still makes me smile every time I read that scene.

As for my favorite quotes? I have a million, but I'll narrow it down to two for you. I already have them in convenient photo teasers for you to pass around the internet, should you feel so inclined. ;) 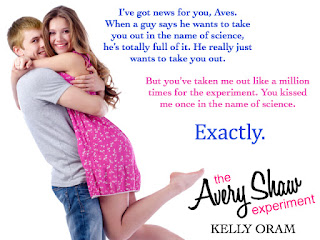 So, that's me in a nutshell. Hopefully you've recognized my brilliance by now (and my sarcasm) and I've convinced you to check out the books. I think they're a lot of fun and I'm so excited to share Libby with the world! 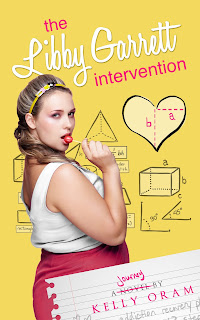 The Avery Shaw Experiment is on sale this week only for just $0.99.
I promise, it's worth the dollar!
Amazon * iBooks * B&N * Kobo
And The Libby Garrett Intervention is now available for the special preorder price of $2.99.
(Regular listing price $4.99 after it goes on sale, so order now and save yourself some money!)
Amazon * iBooks * Kobo

If you'd like to see more, there are more teasers, excerpts, character interviews, games and giveaways happening on the Science Geek Appreciation Week Facebook event. Make sure you stop by the party and enter to win some of the giveaways. Signed books and swag! FACEBOOK EVENT 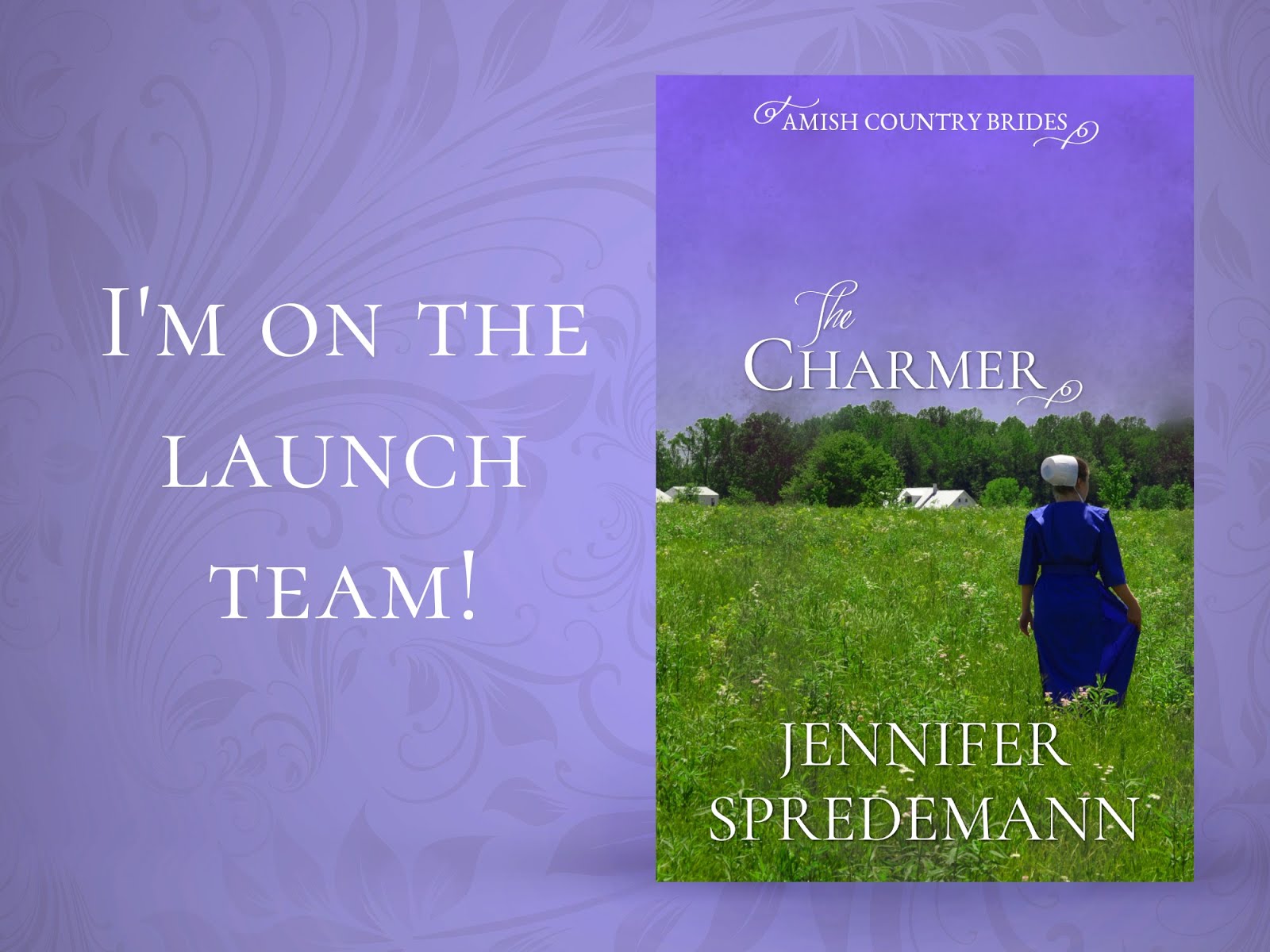