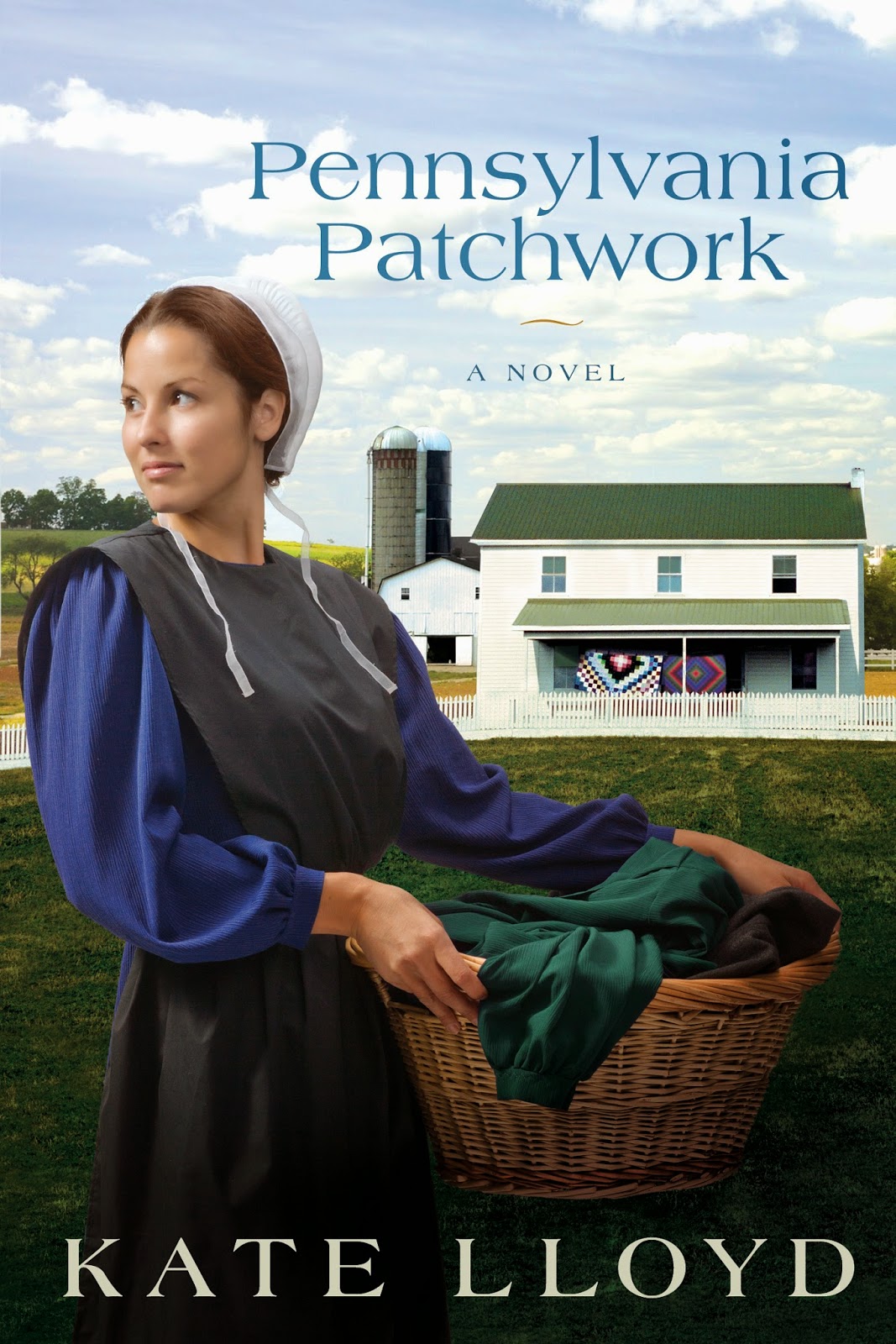 Pennsylvania Patchwork is book 2 in the Legacy of Lancaster trilogy.  This is an Amish Novel written by Kate Lloyd.  Click here to see Kate's blog .
This was a fun book, with some romance, Amish, and some mystery, as well.  The main characters are Holly Fisher, her mother, Esther and grandma Anna.  When Esther was in her rumspringa years she headed away from the Amish faith, along with Samuel.  They were married and then Samuel left for military service while Esther expected their child, Holly.  They never saw one another again.  Holly never met her father and they lived in the "English" lifestyle and never returned to the Amish until many years had passed.
Esther and Holly come to Lancaster County and live with Esther's Mamm and Holly is suddenly finding herself with several suitors. Holly is enjoying life in the Amish community and does not feel the need to return to Seattle and the hectic lifestyle it represented in her life.

Esther finds Nathaniel and they begin a courtship and plan on marriage, when suddenly rumor has it that Nathaniel's first wife is alive and living in deplorable conditions.  You will need to read the book to see what happens, here!

Holly and Zach become engaged and soon a former woman in Zach's life appears, making life for Holly very difficult and uncertain.
Many adventures are to be had in Amish country, old feelings to be healed that have festered for long years.  This is a book of forgiveness, second chances and hope of good things to come in life.  It was a happy and engaging book.  I really enjoyed Kate's first and second books and I look forward to reading book 3!
Posted by Sonja at 12:19 PM