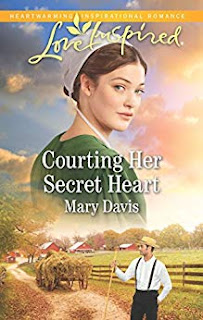 Although this is the second book of this series called Prodigal Daughters mini series, it is the first that I have read.  And it is also the first I've read from this author.  I really liked it a lot!  The storyline was new and fresh and the characters were very heartlwarming.  I had no idea that it was book two, so makes an excellent stand-alone.  I was never confused by anything in the book.  It was clearly written and the author developed the characters very well!

As I read this, I could barely put it down.  There were several issues that were occuring in the book and it was great to see their faith bring it all together.