The Advent Bride by Mary Connealy

The Advent Bride is part 1 of a 12 part series of 12 Brides of  Christmas.   Here is a little about the series itself:
Christmas is the time for love. Each week leading up to Christmas, readers will be introduced to a new bride who is on her way to the altar, whether she knows it or not. Across the heartland of America, readers will experience old-fashioned Christmas traditions, sweet romance, and inspiring faith from 12 acclaimed Christian authors, including Mary Connealy, Margaret Brownley, Pam Hillman, Maureen Lang, Michele Ule, Amy Lillard, Miralee Ferrell, Susan Page Davis, Diana Lesire Brandmeyer, Amanda Cabot, Davalynn Spencer, and Vickie McDonough.

I received this sweet novella and enjoyed the simplicity and happy feelings that it brought to me.  This book takes us back in time to November of 1875.  Melanie is a school “marm” in Nebraska and finds her little cantankerous student huddled outside against the cold.  This student has been a hard one for Melanie but still seeing him outside in the cold waiting for his father who hadn’t come, made her feel concern despite the fact that this was definitely not her favorite student.
Simon, whose father was a widower, was a real challenge in her life, almost as much as Mrs. Rathbone, in whose home she was staying.  Her room was an unheated attic and Mrs. Rathbone expected her on time for dinner and gave her absolute grief if all her rules were not abided by exactly as she wanted.

She finds out that Simon’s father has a new job as the sheriff and without a wife has no one to care for him after school.   As much as she dreads the thought, she stays with Simon daily until his father arrives to take him home.  And to make matters worse, Simon’s father seems to blame Melanie for his son’s behavior in class.

In her attic room, Melanie discovers a box.  This small box gives Melanie ideas for a plan and she asks Mrs. Rathbone if she might have the box.

This is a sweet book with a very happy Christmas Advent tradition wrapped into Melanie’s plan.  I enjoyed how the box helped to develop the Christmas theme and how it helped to bring about answers to Melanie’s prayers.  I think it will brighten anyone’s holiday season with its peacefulness and simplicity. 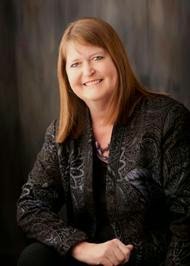