A Son For Always by Amy Clipston 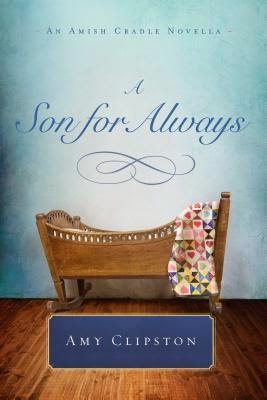 A Son For Always was the second novella in the four part book by Beth Wiseman, Amy Clipston, Kathleen Fuller and Vannetta Chapman.  And just as the other two parts that I had previously read and reviewed, it was super good.

The story enfolds as Carolyn and Joshua are pregnant and expecting their first child together. Carolyn, however, had a son, Benjamin.now 16 years old when she was an unmarried teenager.

Although forgiven by her family and church community, Carolyn has a hard time to find her own forgiveness.  Her husband, Joshua has adopted Benjamin and completely considers him as his own son and has taken responsibility for him as a father in every way.  Despite this, Carolyn still feels that he is her responsibility and she must work to provide him with those things he will be needing throughout his life.

It is a great story and probably revolves around something which affects many people in their own personal lives, that of self-forgiveness.  I highly recommend this read along with the three other stories in this compilation.