The Gift-Wrapped Bride by Maureen Lang 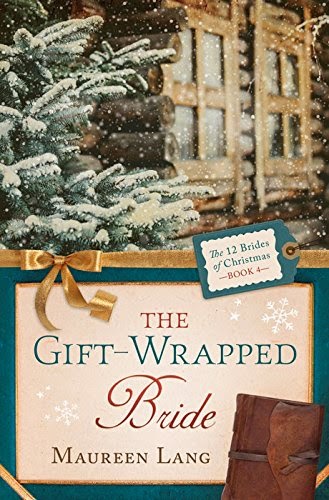 This historical romance was a nice quick enjoyable read.  Sophie and her parents leave Ohio in November 1848 to bustling Chicago in their wagon.  They were settling where others of their friends and family had led the way, including Noah and her brother.

Noah was not one of Sophie's favorite boys in her memory of their past encounters.  But now he has grown up although in Sophie's opinion to still be of the same nature.

Despite others who have told her that Noah has changed and is no longer that same boy she once knew, Sophie doesn't want to be bothered.  Yet Noah sees something in Sophie that he hopes will become a part of his future.

With Christmas fast approaching, Noah's plans a Christmas pageant.  As she sees Noah working with the children, will Sophie's feelings change about Noah?  Or will she remain unforgiving?

I enjoyed it but perhaps the ending came a bit quickly in this story.

I was given an ebook copy of this story by the publisher for my honest review.