The Right Kind of Girl by Betty Neels 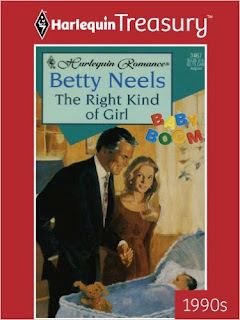 So I won a used book on a giveaway.  It is the first time that I had won a used book.  It was well used, but I decided to read it.  I liked it well enough, but it was published in 1995 and written in English terms that were interesting to me because definitely not in the writing language I have grown accustomed to.

It was a story about a marriage of a 25 year old woman, who was apparently not so attractive to to a Sir Paul of England, a surgeon.  And although you knew that they cared for one another, neither of them seemed to be aware of this.

Emma, after a tragic loss of her mother, finds herself in financial difficulties.  Her mother's doctor, Sir Paul Wyatt comes to call and they find themselves enjoying one another's company.  They carry out the marriage of convenience and Emma seems to find herself alone a lot and with some competition for the attentions of her husband.

The book is a fast and fun read and taught me some British - English terms that I hadn't heard before, but could easily figure the meaning to from the sentence context.

It can still be purchased and link is here.
Posted by Sonja at 7:19 AM